Let me take you back to early April when this photoshoot was planned, prepared and shot.

You always see the results of photoshoots, the wonderful photos and some are quite amazing and often wonder how it was shot. These photos aren’t anything spectacular, but I wanted to share the thought, process and events you have along the way when planning shots like this with a team.

*Flipping off the photographer is a must!

Let’s start with the simple stuff and things that were easy to pull together. The photographer and I are friends so getting her onboard with the idea was easy. I shared my inspiration board with her and talked about location. I had all the props we would need because I am a huge tea fiend and I also love décor.

Next was the Makeup artist. Melissa was someone I had worked with before as well, so we already had to connection and trust. So, getting her on board was easy cause I knew she wanted to do something different at the time. 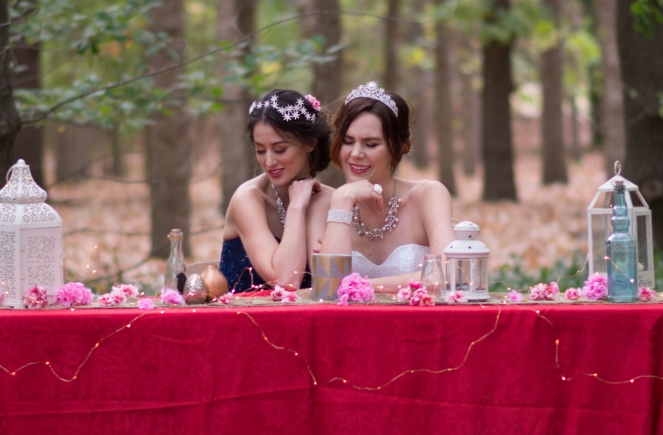 The designer Vicky and I have worked together for Sweet Charitea for almost 4 years now, I purchased both my wedding dresses from her, and have worked with her on upcycling as well. I’ll be honest, originally, I wasn’t going to ask her or think she would be keen to join, but I did, and I am ever thankful that she agreed to be part of the team.

Ben and Nicole were late to the party but were both enthusiastic about joining. Ben is a friend from the cosplay world and is a great photographer I have had the pleasure of working with and Nicole is my husband’s sister in law, so we knew each other through family and she was trying to get more model shoots lined up, so I was happy to have her join us. 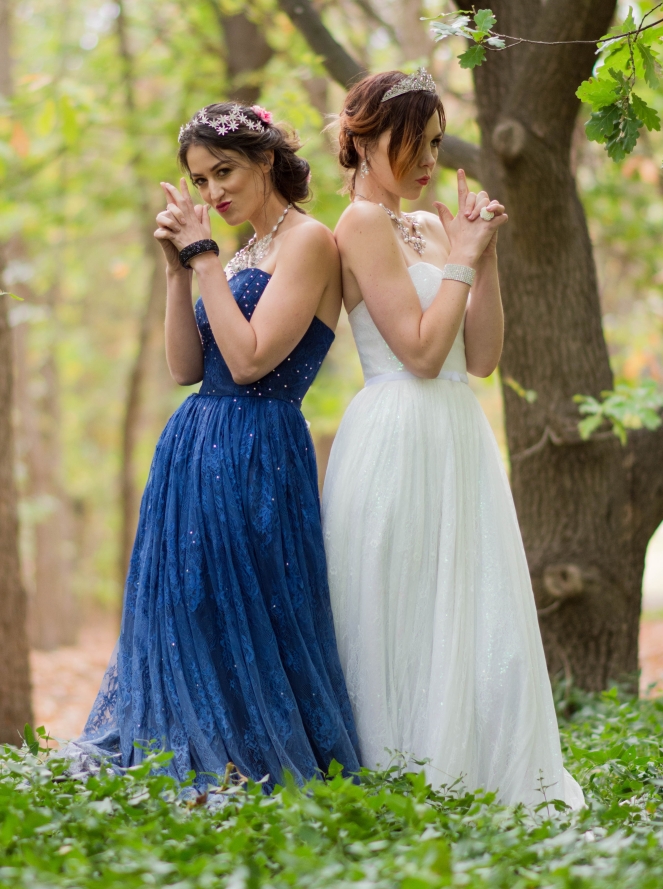 So now all the fun things. Firstly, the weather. You can’t control this and sometimes it won’t be what you want. It was cloudy which wouldn’t affect us too much except it got dark quickly and when it came to shoot the last dresses it was too dark to get good lighting on the photos. We were able to get one or two, and if you look you can see in the photos that it slowly gets darker.

Secondly when we were packing the car we had the fairy lights, flowers, candles, table and chairs but we forgot the teacups. The Key setting for this shoot. THAT prop that would be great for the photos, you know the classic photos of girls laughing and drinking tea and we flipping forgot them! They were all packed up, but we just didn’t grab them. We had no choice but to just continue as we were and with what we had.

We knew when the second photographer would be arriving but due to the fading light we didn’t have as much time to shoot with both photographers as planned. This resulted in fewer photos of the last dresses to work with and pressure to change outfits more quickly and effectively. This is nothing on the photographer. We had arranged to work with 1 till the second arrived. This is more the effects of lighting and weather. 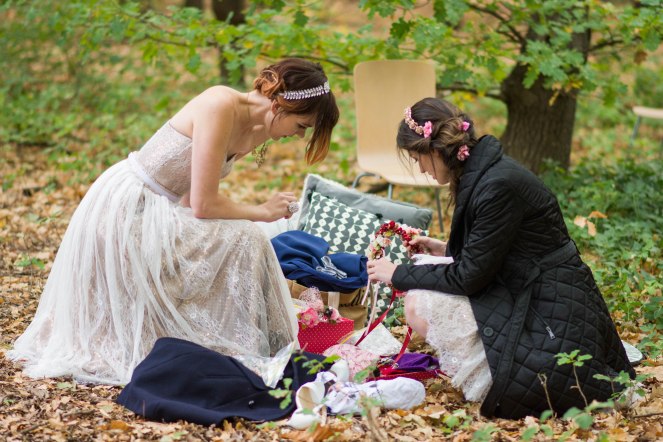 What did save us time was the morning before the makeup artist arrived I had laid out all the dresses and started matching up the accessories and headpieces, which means when we were on site I already knew what was being worn with what. I had taken photos of each, so I could look back over it quickly. If I hadn’t done this, then there would be more time wasted pairing things up, and we might have found later that some items didn’t go well with the dress. So, this is a pro tip, be prepared where you can be!

So, what to take from this? Be prepared for everything to go wrong. Our location was covered so light rain wouldn’t have hurt the shoot. Pre-pack if possible, have a list of everything you need, style prior to the shoot and take photos.

But most importantly, HAVE FUN! Photos may look like the shoot was serious but it’s the outtakes that you don’t see that shows that you can have fun, laugh and enjoy yourselves when on set. That’s why I do modeling and its why I enjoy it so much, because I always have fun with my photographer and surroundings.

So, remember to take BTS and outtakes to remind you of the fun times.

Published by Cosy With Sam

View all posts by Cosy With Sam

There was an error retrieving images from Instagram. An attempt will be remade in a few minutes.